The aim of this work is studying whether there exists a relation between the outer limbus outline and its corresponding inner outline. The limbus has been traditionally calculated as a border line between the cornea and the sclera. However nowadays it is considered that it is not a distinct border but rather a region [1]. Four young subjects (eight eyes) were recruited for the study. The data was acquired using Eye Surface Profiler (ESP, Eaglet Eye BV, Netherlands), a new 3D technology based on the principle of profilometry. Raw 3D profilometry data was fit with the 12th radial order Zernike polynomial expansion [2], from which semi-meridional curvature was calculated. This local curvature was analytically calculated using the first and the second derivative of Zernike polynomials. The two largest changes in local curvature for every semi-meridian were used to demarcate the limbus. The amplitude of the curvature ‘kicks’ localized for every semi-meridian was calculated and plotted using an intensity colorscale which varies from dark blue (lower values) to dark red (highest values). Finally, Wilcoxon test is applied to analyze the data. As Fig 1. suggests it is reasonable to assume that there is no relation between the inner limbus and its correspondent outer limbus. The results of Wilcoxon test confirm that no statistically significant differences (p-value<0.001) between outer and its corresponding inner limbus are observed. Because this is a curvature based calculation, mathematically, wherever the change in curvature sign is localized the curvature should go to infinity. In reality, this means that a single pixel can have a decisive influence in the magnitude of the peak which could lead to misrepresented results. With the proposed curvature based method it is not possible to ascertain if there is a relation between outer and its correspondent inner limbus. Extrapolating scleral topography is not as straight forward as extrapolating corneal periphery (for example, for simulating contact lens behaviour on eye). 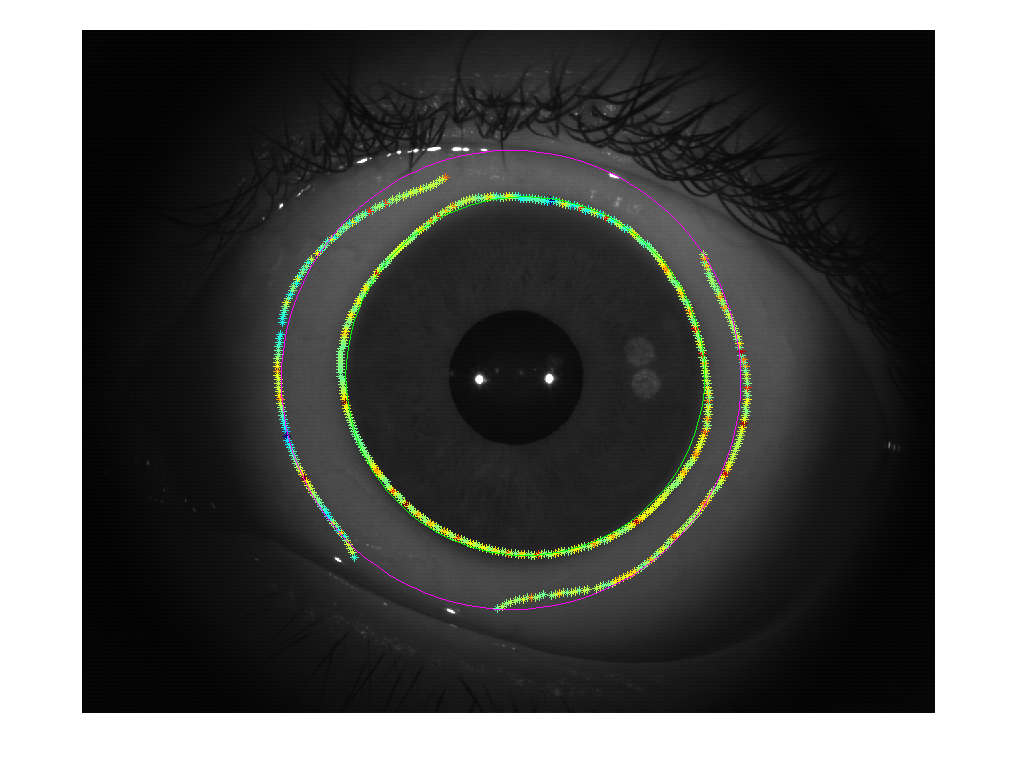 This work has been accepted and will be presented in the conference IONS Valencia, Spain, 24-26th of September 2015