According to global statistics, about 10 million people annually undergo cataract extraction with implantation of an intraocular lens (IOL). The blue light filtering IOLs are thought to be an important protector of the visual system against a blue-violet light. However, there has been some controversy regarding the extent of benefits which these IOLs might provide.

The blue-violet light is defined as a range between 380 nm to 500 nm of spectrum of light and is called a blue light. It is thought that exposing the eye to the blue light is harmful for the ocular tissue and debilitates the eye’s condition. It has been shown that the high intensity of the blue light yields to thermal damage of the retinal cells, and as a consequence, its necrosis. Although, exposure to s small dozen blue light might also result in chronic toxicity and trigger an oxidant stress. Because the retinal photoreceptors and the retinal pigment epithelial cells (RPE) are the most vulnerable to the oxidant stress, the long exposure of the retina on the blue light might increases the risk of occurrence AMD or pigmentary retinophatis. The vulnerability of RPE to the light phototoxity is caused by the accumulation of lipofucins. The light absorption peak of lipofuscin is at 440 nm, which stays behind the phototoxity of the blue light for the RPE.

On the other hand, the blue light exposure also has a good influence on our live. The discovery of the 3rd retinal photoreceptor has shown that the blue light is responsible for the circadian rhythm. The disturbance of the circadian psychological function might leads to insomnia as well as mood disorders. The blue light also guarantees a better scotopic perception by stimulation of the rods in low light conditions.

Therefore, the potential benefits and side effects should be carefully reviewed when considering implantation of the blue light filtering IOLs.

Ageing of the population has several consequences for the human visual system. The corneal tissue which is responsible for two thirds of the total optical power is not an exception, suffering structural and anatomical changes with the age. Recently, Danilo A. Jesus and D. Robert Iskander have explored the usefulness of Optical Coherence Tomography (OCT) speckle to study the age-related changes in corneal stroma. This study showed that Generalized Gamma distribution has a potential to fit the corneal speckle and could be a helpful complement to evaluate the structure and elastic properties of the cornea in vivo. The results of this study will be presented at 37th Annual International Conference of the IEEE Engineering in Medicine and Biology Society, in Milan, Italy, 25-29th of August, 2015.

Presbyopia may be corrected with monovision or multifocal contact lenses. Multifocal lenses are based on simultaneous vision, with the overlap of distance, intermediate and near images on the retina and have been reported to provide superior binocular vision and range of clear vision at near acuity relative to monovision, and to preserve stereopsis. In order to understand better these differences we performed a study with 24 presbyopic patients where we compared the visual performance of multifocal and monovision lenses using the objective measurements of stereoacuity, contrast sensitivity, defocus curves and the individual’s subjective ratings of vision with multifocal and monovision lenses. Multifocal lenses showed better defocus curves at intermediate and near ranges, better stereoacuity and contrast sensitivity and higher rates for all subjective parameters evaluated than monovision lenses. This study has been accepted as oral communication at annual clinical conference of the British Contact Lens Association that will take place in Liverpool, United Kingdom, 29-31 May 2015.

ARVO is the largest eye and vision research organization in the world. Its members include nearly 12,000 researchers from over 75 countries. ARVO conference is organized every year in a different city of United States. This year I could attend for the first time this important meeting which took place in Denver, Colorado. Thousands of posters, hundreds of talks… just in few days, from 3rd to 7th of May. Tiring but worthy. There I could present the latest results of my work by a poster presentation ´Determining the position of limbus corneae from anterior eye surface topography´ and having the feedback of many people working in the same field all over the world. New approaches to the problems to solve and new ideas to develop. 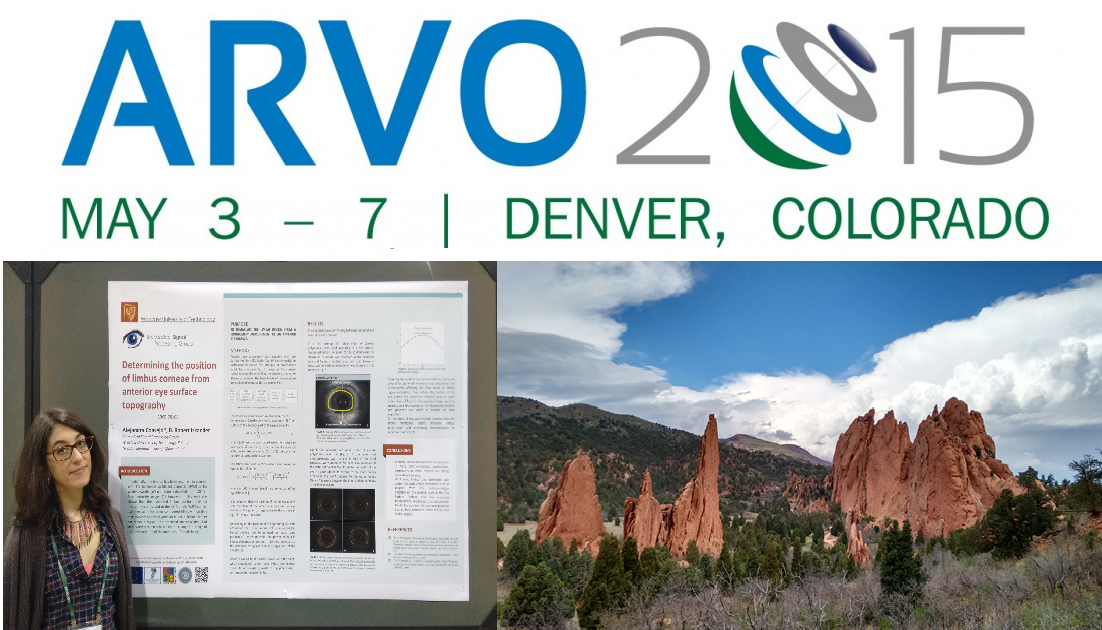 Author: Moulakaki A., I. BSc, MSc, University of Valencia

In the last decades, the majority of the multinational technology companies have filled the global market with consumer electronics. In the developmental history of such companies has been recorded the design of electronic devices, that changed for the better our everyday life. Hence, most of these devices -such as personal computers, electronic readers, smartphones and tablets- have nowadays become an integral and irreplaceable part of our daily life.

Day after day these electronic devices tend to be increasingly used by more people worldwide. Although they have contributed to make simpler our everyday routine, it has been also proved that they negatively affect our vision. Preliminary studies have reported eyesight symptoms, associated with ocular accommodation. Thus, recently in GIO labs a study has been conducted to examine if differences in accommodation response exist after subjects using different types of electronic devices. For the needs of this study a Hartmann-Shack wavefront sensor was employed, which was implemented into a prototype adaptive optics system. The results of this study yield an alternative approach of testing the accommodation response and the optical quality of the human eye in real time conditions, related with the change in society’s lifestyle by technology. 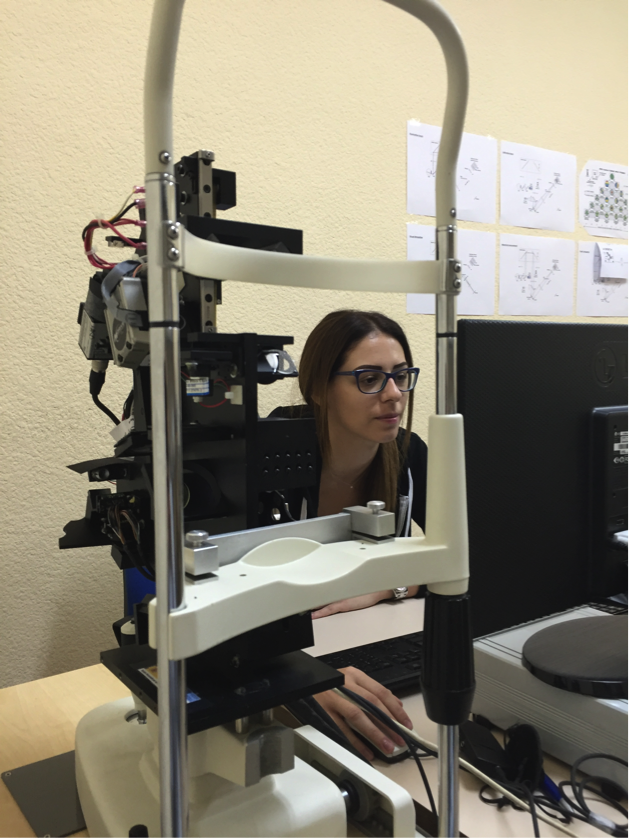 Figure: Adaptive Optics system including a Hartmann-Shack wavefront aberrometer, that can be employed as an individual system